I was like 3 blocks away from this with some homies when I heard this had just happend,shits crazy...$1 million and 177 pounds of bud was taken in the drug bust right on 160th is Washington Heights,he musta felt like Big Meech with a milllion on deck in a area were the most expensive store is like Jimmy Jazz or V.I.M,and bodegas on every conner......talkabouthoodrich,shits real....b.t.w the uptown bags are back to normal size aka youalreadknow somone came in already and fixed that! 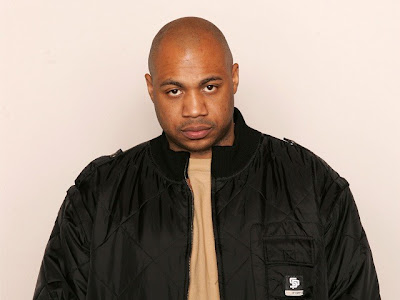 pic is of Kareem "Biggs" Burke,the rap mogul who co-founded Roc-A-Fella Records and helped launch rapper Jay-Z's career,he was also arrested with them on Friday in the massive drug bust,along with like 40 other heads.
Posted by The Artist Formerly Known As "Muffinman" at 10:54 AM